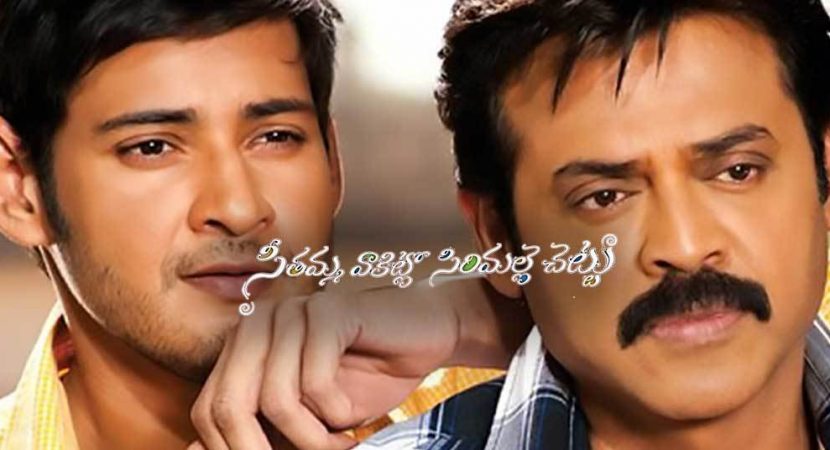 Being very busy in the present world, most people neglect human relations. Earning is more important than loving. Home and neighbor conversations are unfound in today’s commercial world. Speaking, discussing, and sharing each other is being leftover.

A good conversation leads to a healthier life. It proved in the present movie SeethammaVakitloSirimalleChettu, where Prakash Raj gave soul to his character. The film was directed in the way which shows us as if there is no climax. It just flows towards the next. Watch South Indian movies online to understand the value of relations in this digital era.

Superstar Mahesh Babu and VictoryVenkatesh made their roles realistic. This recent multi starrer film came after decades.we can find our own characters in them, as all those issues of brothers run in every big family. How they resolve their problems, giving the most priority to human values learned from their Affectionate father, is the main theme.

RelangiMaavayya (Prakash Raj), ahead of the family, and he carries a charming smile on his face, with human values throughout the movie where his educated sons Pedhodu (Venkatesh) Chinnodu (Mahesh Babu)are unemployed, in search of jobs were always criticized by their uncle. Wife (Jayasudha) mother, daughter Chinni and niece seeta.

Peddodu, on his own terms, spends the time without any job. His sister-in-law Seetha wants to marry him.

Chinnodu is an extrovert who falls in love with Geetha. She is the daughter of Seetha’s paternal uncle, who is rich and always shows jealousy on Relangimamayya and his family’s economic status.

One day, in a marriage function, Peddodu argues with Geetha’s father. From here, the movie story turns into more interesting.

Some incidents affect Geetha’s relationship with Chinni. Geetha’s father has found her a husband. Even Seetha is pressured to marry a man suggested by Geetha’s father. Meanwhile, an accident occurred to Relangimavayya, who saved the son of peddodu’s former boss brother. Where the boss pleased and gave a job to peddodu.

Relangimavayya family visit Bhadrachalam for Seetharamakalyanam, witnessed an electrical shock fire where they saved Geetha’s family. Relangimavayya was asked to participate in the procession by the MLA, which shocked Geetha’s father.

The two brothers were taught about love, affection, and brotherhood, as in Ramayana. Then brothers realize the fact of life, human values, and get united. To watch it online,the Aha OTT platform is ready at your door comfort.

The movie awakes the audience to think about what’s happening around us, where our life path is moving. Is it only to earn money orelse earn ample human values also. Do we are kind to others! Are we all leading a peaceful life? To know more about the movie, watch it online at Aha OTT.

Thought Evoking movie “Seethammavakitlosirimallechettu”watch and discover yourself where you are in this commercial world!